The mind of a musical artist is exposed in their craft and this was evident for Jeffrey Scott Lawrence on his next creation entitled Blues for Erica. After Groove Related, which was a style of music that Lawrence had created, infusing jazz with a hip hop funky beat, he wanted to go back to a more traditional style of unplugged projects. 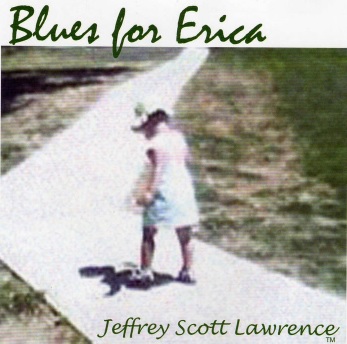 Putting All the Pieces Together

Jeffrey set out to put together a group of musicians that he had enjoyed playing with in the past, in the creation of some straight ahead jazz. Getting back to basics was his thought process for the songs in Blues for Erica. Most of the tunes were originals except for a spiritual one called Jesus Loves Me, and one cover tune by Janet Jackson called Funny How Time Flies.

Having great chemistry is important when working within a group of musicians, so that the performances can come together with the least bit of problems. The recording of Blues for Erica was just what Jeffrey Lawrence was looking for and the performances of all involved turned out great. The musicians he had played with before and some new talent made BFE a success.

One More Piece for Better Chemistry

Jeffrey got to work with a tenor sax player named Brandon Wright. He had met him at a jam session while living in Rockland County NY, and he always wanted to play music with him. Brandon is an amazing, young tenor player and he fit in seamlessly with the rest of the group that Jeffrey had put together. There was great chemistry and the recording was a success. The songs for BFE are…

One may wonder about the name of the album and if the title has a special meaning. As with most musical artists, and especially with this album, the title is special to Jeffrey. When asked about the name Jeffrey said to me, “I dedicated this album to my daughter Erica who I love so very much.” To hear one of the songs from this album, check out the Listen to my Music page. To buy the album, click the Purchase my Music link below.