It is hard not to let the anxieties of this world get you down. If you are a person of color you can sometimes feel like you are living with a target on your back. The divisions seem to run deep and keep getting deeper by the year, but how you deal with it really matters.

Some will fight back with the same negative energy, which may seem like the only thing to do. Then there will be others like Black Lives Matter that will turn to peaceful protests. I fall into another genre of people who will use the power of music for my expressions of social consciousness.

Lord it’s got to STOP

My latest EP started out as a single of a song entitled, “Stop”. It was my emotional outlet through music to the climate of numerous killings of Black Men around the USA at the hands of Police Officers. There are several ways of expressing yourself. I prefer to use the wonders of music.

After the song “Stop” was written, I really wanted to get it into the hands of Neo Soul Artist, Musiq Soulchild. Musiq is an American singer and songwriter. His style of music blends R&B, funk, blues, jazz, and gospel influences fused with hip hop. Unfortunately that didn’t pan out so I sang the song myself.

My desire to release the song was very strong. However, since it had been a few years since my last release, I decided to record an entire new album. But life has a way of biting you when you least expect it. Because of some budget issues, I was not able to achieve the goal of an entire album.

My desire to get the song “Stop” released was still burning in me. So I created a few other tracks that, in some ways, were relevant to the topical theme of “Stop”. I will list these songs below. Seeing how this entire project was short, I named it “Nappy Meal“ as a spin on the McDonald’s menu item. See my CD Cover at the bottom of this post.

For a somewhat sentimental value, I hired my longtime friend and mentor, Regis Branson to produce the remaining tracks. It was a way of closing a circle. Regis produced my first solo EP entitled “Demo“. May the lyrics of these songs empower you with positive energy in the realm of social consciousness.

Lyrics to Stop and I Know

I know the difference between love and sex, sex and love. When it’s sex…
What does it mean without love…
Love…..
Only enhances the sex 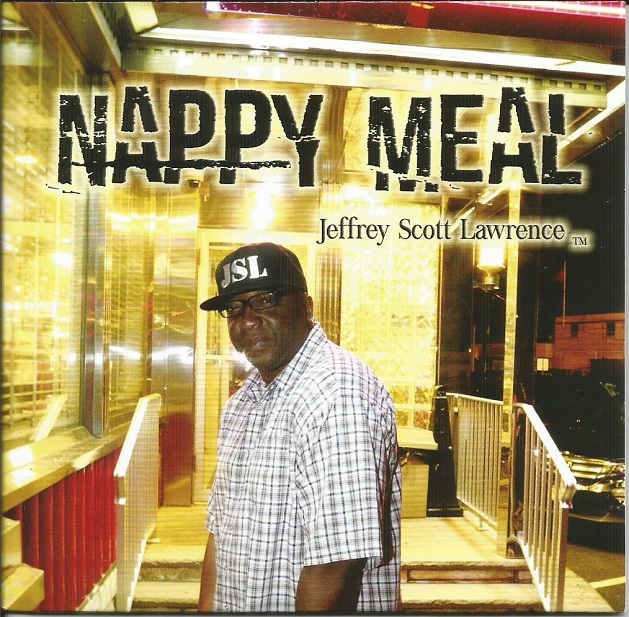 THANKS TO: God for all blessings, Les Lovell, Dennis Bell, Allen “Cookie” Gailes Jr., Dr. Fatima Sall, and All those that support my endeavors.

THIS CD IS NOW AVAILABLE! You can purchase it right here.