What really goes into the thought process in the creation of a musical CD? There comes a time when a musical artist takes the big leap of faith and begins a new journey into the world of music as a solo artist. This 4-song CD called Demo was an introduction into the music of Jeffrey Scott Lawrence, and in this post you will learn about how it was created and why.

Not for public consumption

When Jeffrey began playing piano at the young age of 10 in his hometown of Teaneck, New Jersey, it probably didn’t cross his mind that he would one day be a solo jazz pianist. But as the years went by and he continued to play, his thought process changed and his journey had begun. Now he began to play piano more and with local bands, he was hooked and there was no turning back now.

After creating the jteam, a classic quintet jazz band and their first and only CD entitled Introducing the jteam, Lawrence wanted to pursue his own style of jazz as a solo artist. With the urging of a childhood friend and mentor, Regis Branson, Jeffrey did a 4-song demo. Originally he did not want to release a demo for public consumption, but once it was done he really liked the sound of it.

Regis pushed Jeffrey to make some great performances on each of the songs and the whole thing came together better than anticipated. Through the recording talents of Branson and the musical life-force flowing from the fingertips of Jeffrey’s hands, the Demo turned out to be what Lawrence was going to use to generate interest in his jazz music as a solo artist. 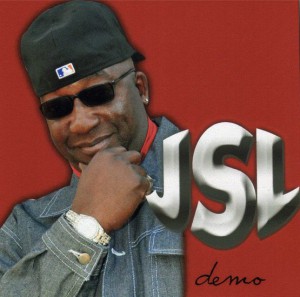 The first CD album of the now solo jazz artist Jeffrey Scott Lawrence was to be called Groove Related. It was to further establish a style of jazz that Lawrence started experimenting with, while showcasing his talents as a pianist that can play all forms of jazz. However anytime something new and fresh comes along to change the status quo, one needs to create interest – a little marketing 101.

Jeffrey originally decided to give the demo out to people for free as a way to generate interest in his upcoming release of Groove Related. But as the time got closer to the release he decided to get the demo out on the internet for whomever wanted to purchase it. Now more people could experience his improvisational style of danceable funky hip hop flavored jazz, with a focus on classic performances.

To get a taste of what is on this 4-song CD called Demo, check out an audio clip of the lead song Sometimes Never on the Listen to my Music page. Remember to check out when and where Jeffrey Scott Lawrence will be performing his style of jazz, you can view the dates and times on the Upcoming Shows and Events page. To purchase The Demo, click the “Purchase My Music” link below this page.